Girl of My Dreams is Now on Kindle and Smashwords! 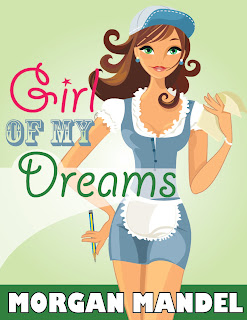 My re-release of Girl of My Dreams is now finally on Kindle and Smashwords, both at the very low price of 99 cents.

It took me a while to figure everything out, but I did it!

Before I get too smug with myself, I have to remember I still have more work to do. Forever Young: Blessing or Curse is in the very final editing stage. Maybe I can have it ready to go up before Thanksgiving. (fingers crossed)

Of course, my work won't be over after that, because I do have a sequel to Forever Young: Blessing or Curse which needs finishing. It's about one-third done. This one will probably be called Blessing or Curse: A Forever Young Anthology, and it tells what happens to some of the other test market subjects who take the young pill.

My editor has also suggested another sequel starring my original heroine. I'll have to see if I can rustle up enough dire happenings to make another book worthwhile about her.

Now that I'm psyched up, I think I'll hop over and try to update my website. That will be a project and a half. (g)