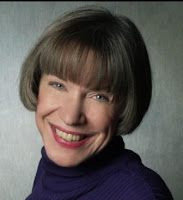 BLYTHE GIFFORD is the author of five medieval romances from Harlequin Historical. She specializes in characters born on the wrong side of the royal blanket. With HIS BORDER BRIDE, she crosses the border and sets a story in Scotland for the first time, where the rules of chivalry don’t always apply.

Royal Rogue: He is the bastard son of an English prince and a Scotswoman. A rebel without a country, he has darkness in his soul.

Innocent Lady: Daughter of a Scottish border lord, she can recite the laws of chivalry, and knows this man has broken every one. But she’s gripped by desire for him—could he be the one to unleash the dangerous urges she’s hidden until now?

Her 2009 release, IN THE MASTER’S BED, has just finaled in the Readers Crown contest. Blythe loves to have visitors at http://www.blythegifford.com/ or www.facebook.com/BlytheGifford.

Will the real Gavin Fitzjohn please stand up?

Nearly every author will say their characters “come alive” to them. So when I saw an email in my inbox from “Gavin Fitzjohn,” hero of my May release, HIS BORDER BRIDE, my first thought was: “When did he learn to use a computer?”

A logical question, since the internet didn’t exist in the 14th century, when my story is set and where he “lives” within the pages of my book.

I took another sip of coffee. The subject line was “Your Book.”

My second thought was: “What’s wrong with the way I wrote his story?”

(We shall not psychoanalyze why I didn’t expect a fan letter from him. It’s a writer thing.)

With trepidation, I double clicked.

Alas, not an email from my hero, but from someone with the same name, who obviously makes good use of Google Alerts. He wrote: “Uncannily, this is my name and I have never met or even heard of anyone with the same name. I’m actually from Wales in the UK. How did you come up with this name?”

Thoroughly awake now, I did what, perhaps, I should have done months before: I Googled “Gavin Fitzjohn.” Turns out he is a modest fellow, because he’s not just “from Wales.” He plays trumpet and other “blowy things” with Paolo Nutini, a Scottish singer-songwriter, best known to me for “New Shoes,” a song I really like.

I had a squee moment and emailed my dear writing friend, Pat White, who is a HUGE Paolo Nutini fan. We exchanged visions of being invited backstage at his next U.S. concert.

So I wrote Gavin and explained that his name, or the character’s name, was a combination of “Fitzjohn,” which was medieval for the bastard son of a man named John, and “Gavin,” my tribute to Gawain, the perfect knight. The name is ironic in context since the character’s armor is more tarnished than shiny as the story opens.

The really strange part was that my original name for the character wasn’t Gavin at all. It was Kenneth, which apparently doesn’t sound nearly as dashing in the British Isles as it does in my imagination. The name “Kenneth” was the one thing in the proposal that my editor wanted me to change.

Gavin, I mean, well, Gavin, responded graciously with the history of his name and background. It was not a family name, but his parents wanted something Celtic. He was writing from the airport where he was waiting to board a plane to visit, alas again, his girlfriend.

I trust her name is NOT Clare Carr.

So Gavin, if your Google alert is on, please know I have joined The Gavin Fitzjohn Appreciation Society on Facebook. And if you read the book, I hope it makes you happy.

And if you ever need a romance writer groupie backstage, send me an email.

If you feel the urge, here's a handy link to order Blythe's book.

Remember, Blythe loves to have visitors at http://www.blythegifford.com/ or www.facebook.com/BlytheGifford.


I'm sure Blythe would appreciate your comments, so please be sure to leave one.
Posted by Morgan Mandel at 8:24 PM