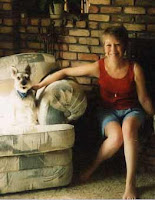 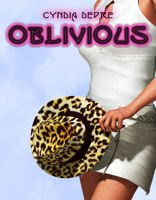 
Tucker Monroe, the small Wisconsin town's mysterious new resident, discovers he, too, has a mission...Keeping up with her.

Cyndia Depre was born in Iowa, and has lived in Pennsylvania, Illinois and Minnesota. She received a Bachelor of Science degree in Accounting, with a second major in Finance, from Northern Illinois University. After running her own business for ten years, she closed the doors and began writing full-time. She now lives in a suburb of the Twin Cities with her husband and their miniature Schnauzer. They keep an old, but much loved, boat at a marina on Lake Minnetonka, and use it as often as possible. Cyndia is currently working on her third novel.

I’m pretty sure we all have a book peeve or two. Here are some of mine. I’d love to hear yours!

Coincidence-Coincidence happens in life. But to paraphrase what someone, I think Mark Twain, said, “The difference between life and fiction is that fiction has to make sense.” How true. If something happens in a book, there better be a reason for it. Two egregious examples of far too much leap to mind. In one a medical examiner was consulting in a distant city. Not the next county, but thousands of miles from her home. While there a body turned up, which just happened to be someone from her town. Someone she knew. That was a bit much, but I kept reading. The coincidences kept piling up. Instead of taking the novel seriously, I finished it wondering when the next unbelievable event would occur, and laughing when it did. That was the last book I read by that author.

Another had a medical examiner (they do seem to pop up often, don’t they?) happen to drive by a river where police and rescue people happened to have discovered a body. It was December, in a cold climate, but the ME happened to have scuba gear in the trunk and naturally was able to save the day and help with the body. Then she went home and made lasagna, clear down to preparing her own mozzarella. I couldn’t finish that book, and never bought another by the author. Both these writers are wildly popular, so I’m sure it’s a ‘me’ thing. But I gave up on them.

Editing-Once an author is popular, they sometimes get more free rein from editors. This can badly. One recent novel read more as a travelogue than fiction. The writer had been to Italy, and clearly loved it. Readers were going to get the detailed tour whether they wanted it or not. I didn’t. Just because your books sell doesn’t mean everything you write is a pearl. Listen to editors. Please.

Loose Ends-Several recent novels just ended. Like the authors were in a contest and the buzzer went off. What about Aunt Sue? Did they ever find Jim’s missing money? Did Lulu get her operation? If you throw something out there, something to add to the tension, resolve it. Loose ends make me nuts.

Repetition-I read a book with a hero and heroine falling in love. However, their families had been feuding for years. That was repeated over and over and over and over….Readers aren’t dumb. Don’t talk down to us by repeating something we know. It irritates us.

Dialect-Another recent book had young people in London speaking in dialect to the point it was hard to understand. I’d rather the author establish their way of talking, then go back to ‘normal’ dialog. I hear the accent once I know it’s part of the character. And I don’t waste time and get pulled out of the story by strange phrases. The same is true with a Southern accent. It’s lovely to hear. I adore Paula Deen’s ‘Y’all’. But I just can’t read it in every line. I hear it anyway, so leave it out. Again, this is all just my taste.

Ignored Pets-If you have a character with a pet, don’t forget the poor animal. Feed it. Hug it. Exercise it. Don’t stick it in the kitchen with a bowl of water and another of kibble. Once I see an animal in a story, I worry about it. Same with kids. If they’re in the novel, make sure they’re taken care of.